Drawings from the 50s: the Figure

While still a student at the Stuttgart Art Academy, Kahn was strongly influenced by the Expressionist aesthetic of the local Uecht Gruppe. And although he studied in the Paris ateliers of Leger and Ozenfant during the 20s he remained an Expressionist both in spirit and in practice throughout his life. Fashion and politics were of course against him during the 30s, both as a man and an artist, and the Berliner Juedische Museum’s exhibition ‘Reichsausstellung Juedischer Kuenstler’ (April-June 1936) was the last time he exhibited in Germany. Following Kristallnacht, Kahn, with many other Stuttgart Jews, was imprisoned in Welzheim, the local Concentration Camp. That was an unforgettable experience, but one which his artistic, Expressionist temperament was able to digest in a series of powerful etchings. He was released on condition that he emigrated and a British relation guaranteed him a place in England. Between July 1940 and April 1941 he was interned in Hutchinson Camp on the Isle of Man, where he continued to draw. Following his release, spasmodic support from fellow émigré artists and dealers and from the Hampstead based ‘Free German League of Culture’ enabled him to continue working and he attended the life drawing sessions held in the Clifton Hill studio his of old friend the sculptor Paul Hamann. It was, in all probability, there that these drawings were made.

These works hang in the gallery as a Group.
They will not be for sale until 9.30am on Wednesday 20th June.
Please contact us if you are unfamilar with the buying procedure for Groups. 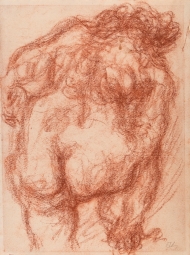 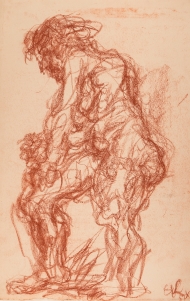 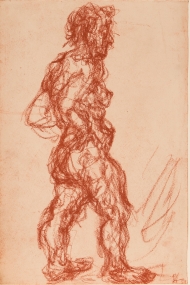 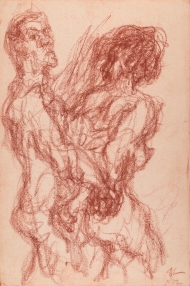 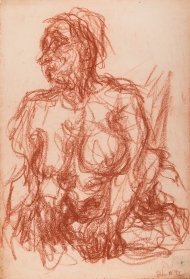 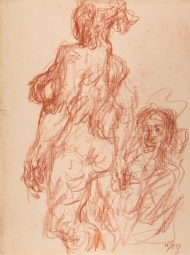 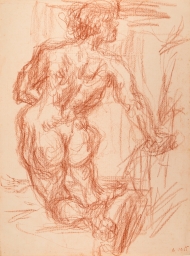 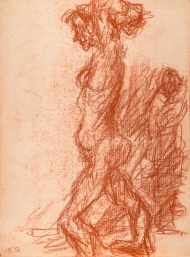 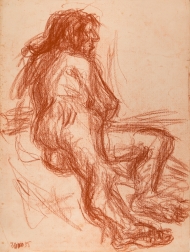 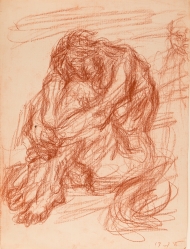 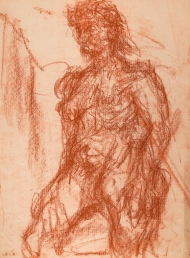