.
By the age of fifty, whilst he was a household name as a cartoonist Bateman, was little known to the public as a painter. As well as his cartoonist colleagues at the London Sketch Club – Heath Robinson, Fougasse and others – he was also friends with such eminent painters as George Clausen, Lucian Pissaro and Philip Connard. He had a lifelong ambition to become a ‘real artist’ like them and, at the height of his fame, he decided to step back from cartooning and pursue this aim, as he’d hankered to do since his early art school training. He took his painting equipment out into the English countryside and also began to travel abroad in search of inspiring subject matter.

In 1937 he wrote:
‘I would like to paint a quite serious picture; one that did not not depend on any comic situation to make it appeal . . . the picture I have in mind is quite a simple one. A landscape perhaps, with just the way the light falls on a house or a tree, almost anything would do for a subject so long as it expresses the beauty of earth and sky and water, so that it would charm you’. Having painted in much of Europe he finally discovered, in 1964, the Maltese islands. There he found the climate and unspoilt local charm that he was looking for. Settling eventually in Gozo, he spent the next five years painting tirelessly, struggling modestly to master the art of colour and light, continually experimenting with different painting techniques.

He painted what he saw; the boats in the harbour, the donkey carts in the lane, the village bars and local inhabitants, churches and landscapes. When he died on the roadside whilst out for a walk in Mgarr in 1970 he left behind bundles of paintings and drawings, often executed on the backs of envelopes, nearly all unsigned. Since the recent research into his paintings by Bateman’s granddaughter, who tracked down several people who remember him and discovered the locations he depicted, there has been a sudden interest in Bateman in Malta itself. He has been taken to the hearts of the Maltese and Gozitans and this year a series of commemorative stamps was issued by Malta Post alongside those of Edward Lear, another celebrated painter of the islands. 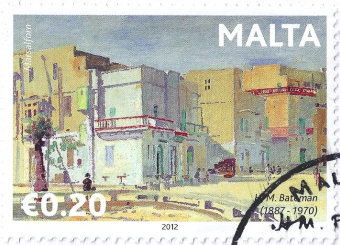 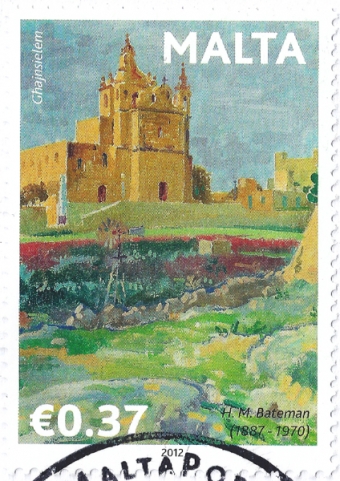 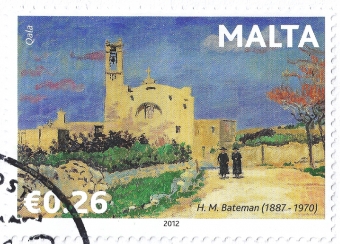 FROM THE SOLD ARCHIVE …⁠ ⁠ DENARO, Melita (b