Etchings and Lithographs from the Artist’s Estate 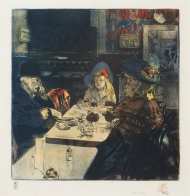 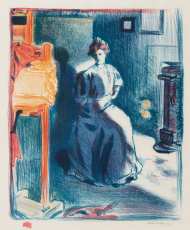 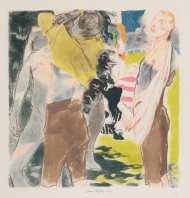 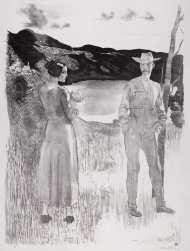 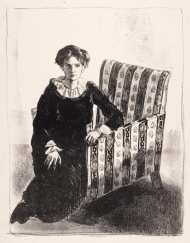 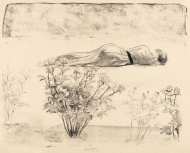 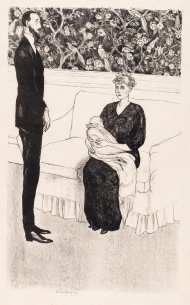 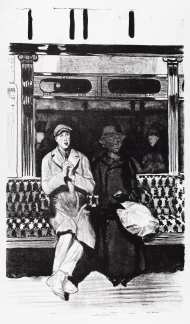 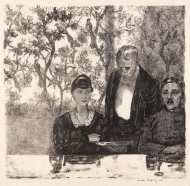 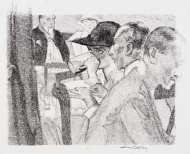 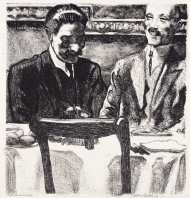 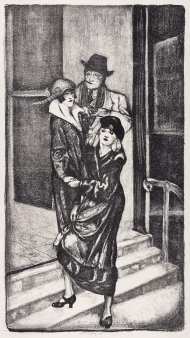 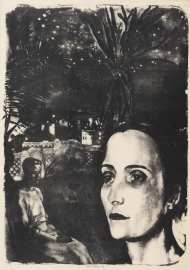 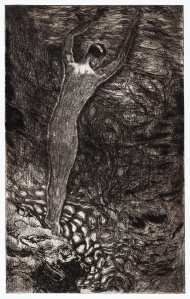 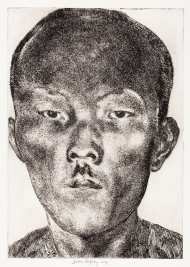 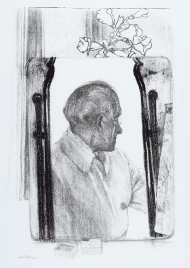 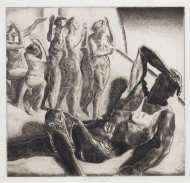 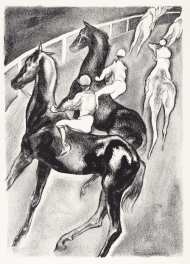 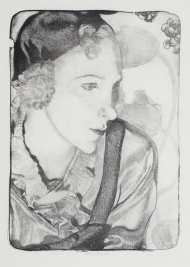 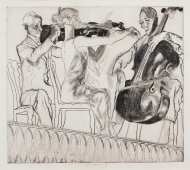 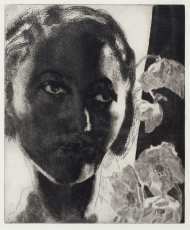 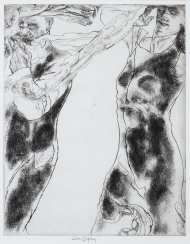 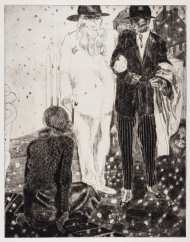 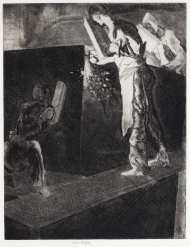 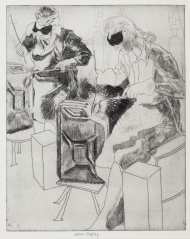 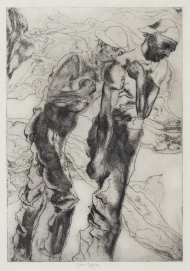 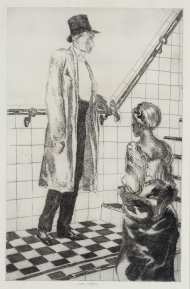 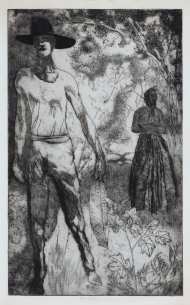 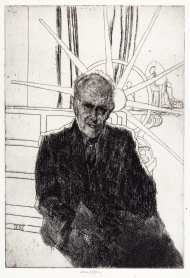 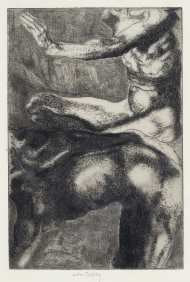 In 1947, towards the end of his life, John Copley was elected President of the Royal Society of British Artists. The following year he became the oldest person ever to win an Olympic medal.

These two aspects reflect the life of an artist who was in some ways conventional but in others capable of surprise. He was highly individualistic and somewhat solitary, enthusiastic in his support of other artists, of printmaking and with a deep knowledge of art and art history. He was above all one of the finest and most prolific British printmakers of the 20th century.

Most artists who specialise in making prints adhere to one medium, even if they experiment with others. John Copley is unusual in that he made a significant body of work both in lithography (253) and in etching (155), over 400 prints in all. Curiously he made lithographs, and was influential in reviving interest in the medium, at a time when the Etching Boom was at its height. Later he chose to make etchings after the market for them had collapsed, and many celebrated etchers had abandoned the medium.

In 1913 John Copley married Ethel Gabain, and their union brought together two artists committed to lithography. Although they worked in close proximity in the same Hampstead house for over 30 years, their styles remained distinct. Later when Copley abandoned lithography and pursued etching in the 1930s and 40s, Ethel Gabain turned to painting, returning to lithography briefly as an Official War Artist.

After studying painting at the Royal Academy Schools from 1892-97, John Copley went to Italy where he learned to speak the language fluently. His time there was marred by illness and he returned to England in 1900. His determination to pursue a career as an artist was often frustrated by his chronic heart condition which at times meant he was confined to bed and permitted to work for barely an hour a day.

Despite his poor health, he became a founder member and first secretary of the Senefelder Club, set up by Joseph Pennell and A.S. Hartrick in 1909 to revive interest in lithography among artists. By 1925 he had made over 200 lithographs as well as 20 etchings, and printed all the editions himself. That year saw a recurrence of his illness and, on medical advice, he and his family made plans to move to a warmer climate. So he and Ethel sailed with their sons Peter and Christopher, aged 10 and 7, to Italy, where they rented a villa in Alassio and remained for over two years. Contemporary photographs show him looking tanned and fit, and the new surroundings brought new subjects and inspiration, as well as recovery.

Back in London in 1927, he made a series of etchings based on his time in Italy and in Mallorca, where he visited. He continued to make lithographs until 1938, by which time he had also made over 80 etchings. The last decade of his life saw an outburst of energetic etching, and he explored the medium with strong expressive drawing on large copper plates. He had taken up oil painting too, but etching was his principal medium.

As President of the Royal Society of British Artists he revitalised the Society, inviting artists from abroad to exhibit, notably de Chirico. He encouraged younger artists, such as Michael Ayrton, Patrick Heron and Carel Weight, who wrote an obituary published in The Artist in October 1950. He wrote: ‘All progressive artists will feel a great loss at the death of John Copley. … It is significant that at the age of seventy-five he was able to produce work which influenced and stimulated some of our most advanced young artists.’

The etchings he made in the last decade of his life did not appear often in public. His dealers, Colnaghi, did not show the new work and at some point in the 1930s or 1940s, the gallery’s stock of his prints was removed and stored elsewhere by one of the directors.

After watching a polo match at the Hurlingham Club in 1939, John Copley had made two etchings based on what he had seen. Some years later these were submitted for the 1948 Olympics, in which Art Contests were a competitive sport. The Olympiad exhibition was held at the Victoria & Albert Museum and John Copley was awarded the silver medal in Graphic Art. He thus became and remains the oldest-ever recipient of an Olympic medal.