Moving into illustration on newspapers, magazines and books, after fifteen years of teaching fine art in art schools was a revelation and a delight. Your work gets seen and it matters: it comments on the world on a daily basis. Drawing for the Financial Times meant devising images that would act as metaphors for states of economic life. My old sculptural training and habits prompted lots of weights, chains, balloons, rickety structures and crumbling cliffs. Once, I was told to reduce the number of ominous storm clouds in a drawing for fear of depressing the markets. Imagine the thrill of it: doing a little black and white (or rather black and pink) drawing that might affect market confidence!

Becoming the principal illustrator of The Independent at its launch meant working with a rich spread of high-powered specialists in the arts, medicine, science, horticulture –every day a fresh subject, a fresh challenge, a new deadline. And what blessings (if not delights) deadlines are, impelling artistic resourcefulness and development. How much can be done with solid, brush-drawn blacks – the fastest, most decisive graphic tool in the box? How little (relatively laborious) cross- hatched or stippled form-establishing half-tone pen work is really needed? How swiftly can the white of the paper itself be co-opted into service as a component value of the work?

Of all the drawing styles I’ve developed or deployed (in what has now been twenty eight years in the business), the most challenging and rewarding came from doing a weekly “Profile”portrait (for the Independent on Sunday) where all the usual pressures and constraints are magnified. The subject might not be agreed upon by editors until late in the day so your job must begin just as your energies run down and in the knowledge that the artwork must be delivered on time the next morning however unsatisfied you might be with the end result.

Profile drawings of famous people can not get by on purely graphic or pictorial appeal. Each one must without fail extract a likeness from a photograph that might or might not be helpful. Every member of the public, every reader of the paper, is a deadly judge of a likeness. There is no cover. (John Singer Sargent famously characterised a portrait as being a work in which there is “something not quite right about the mouth”). Achieving likenesses quickly means hunting tell-tale departures from the general norms. Years of sound traditional academic training are suddenly counter-productive: working from the outside in, from the general to the particular, will not do. You do not have time to generalise first and progressively clarify, you must particularize from the off, seize immediately on the most subtly elusive yet characteristically expressive features – the eyes and the mouth.

Eyes are best done and inked first while your perceptions are freshest. To be right – which is to say alive – they must look back as you draw. Once achieved, a quick sprint down the nose – an essentially bony, immobile, in-expressive feature…until you get to the fleshy tip and its flanking nostrils, where a perilously unique transition from prominences into the hollows and complexities of the upper lip takes place. Then a shoot down to the treasures of that most critically expressively and animate aperture: the mouth that simultaneously conceals and reveals. It’s been a privilege to work in newspaper illustration which is probably the only genre in which an artist’s work can relate today to immediate and urgent events in the world.

Please note: Copyright is retained by the artist upon sale of the works. 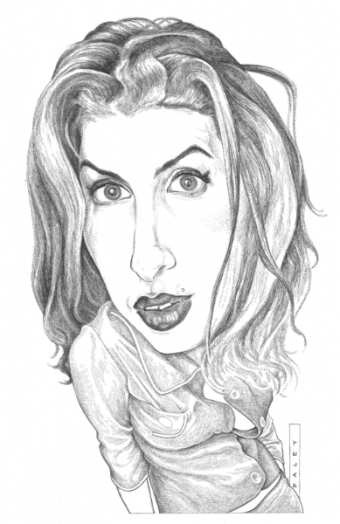 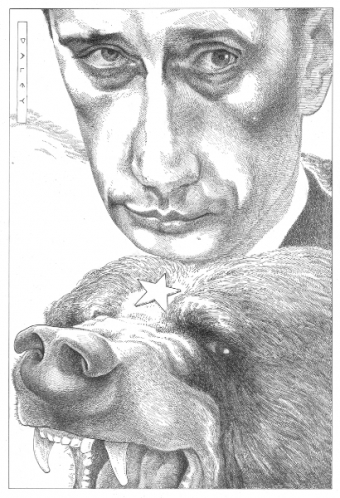 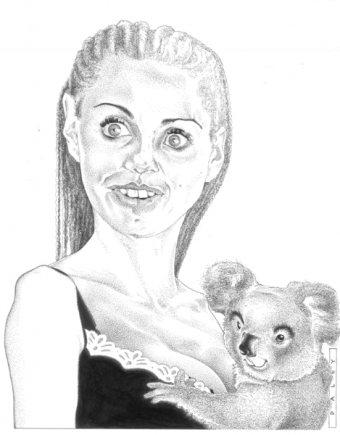 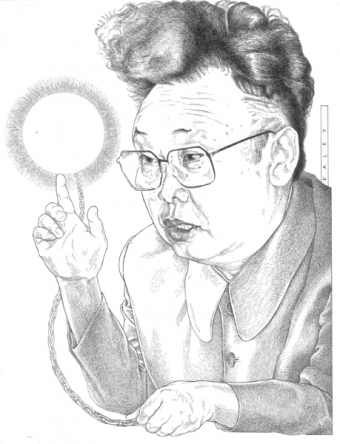 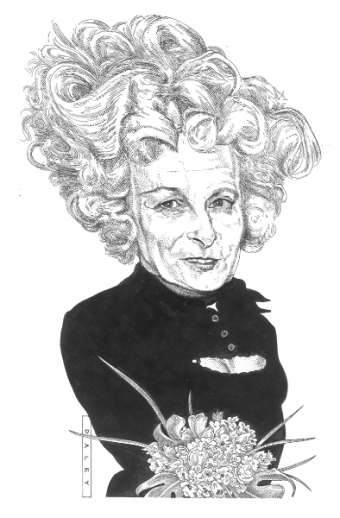 5. Vivien Westwood
“Disgracefully yours, the Queen Mother of Fashion”. The IoS Profile, 02/06/02. Pen and ink. Signed. 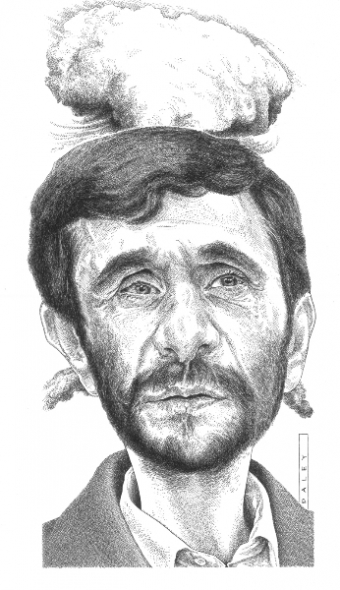 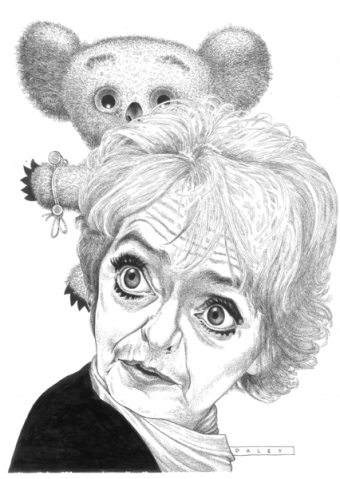 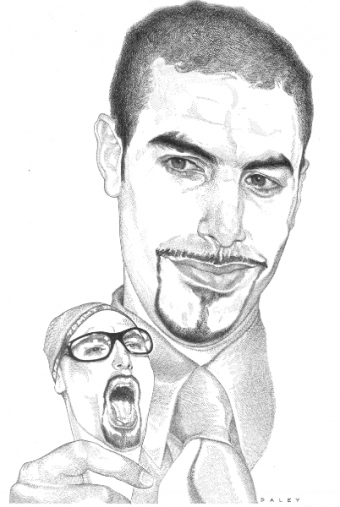 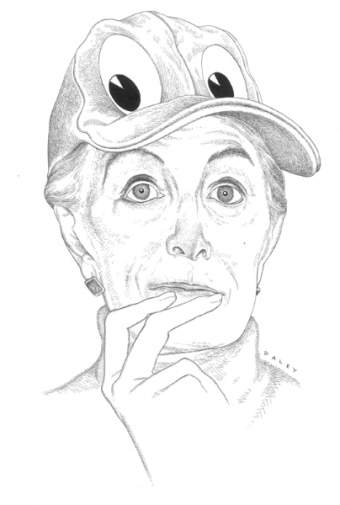 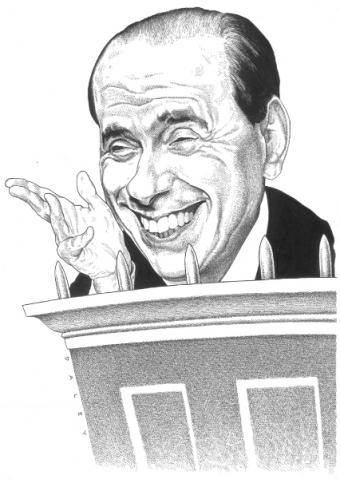 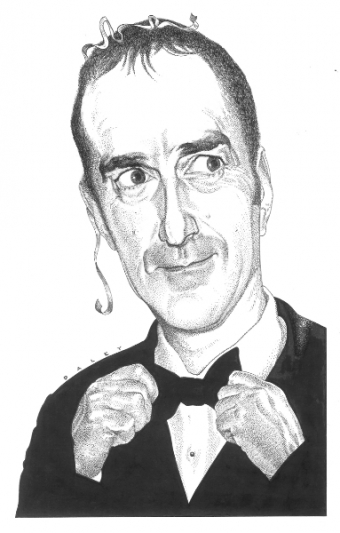 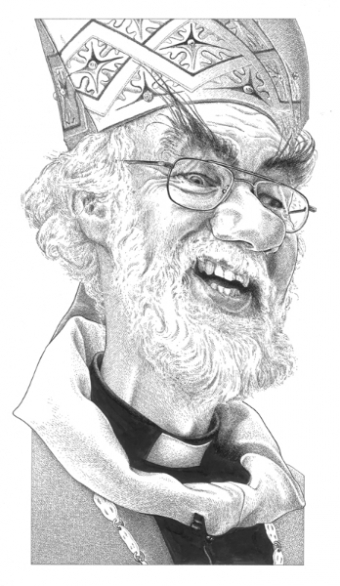 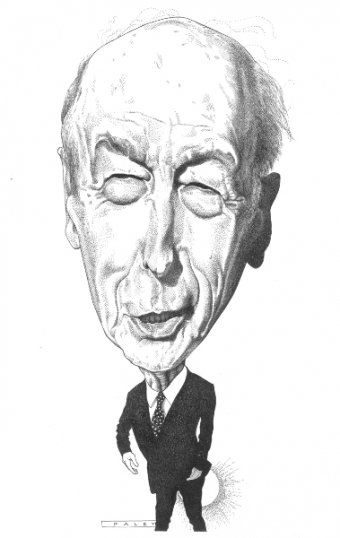 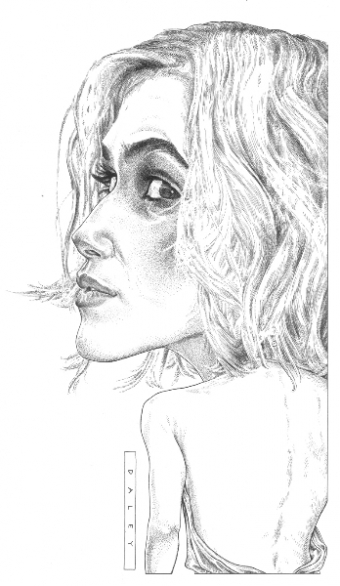 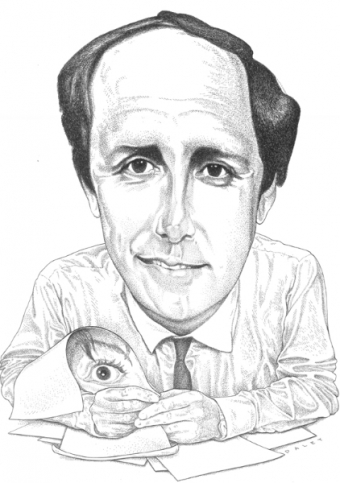 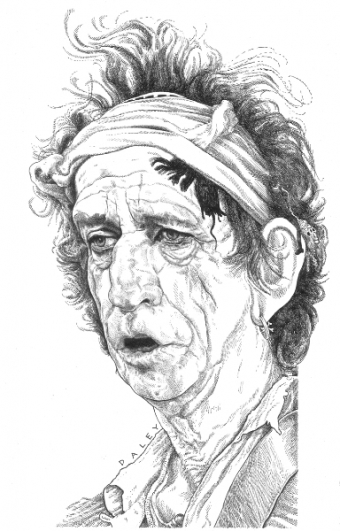 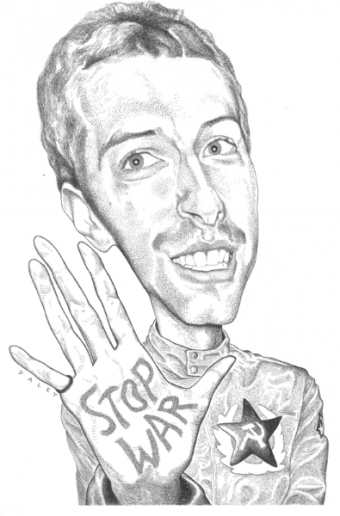 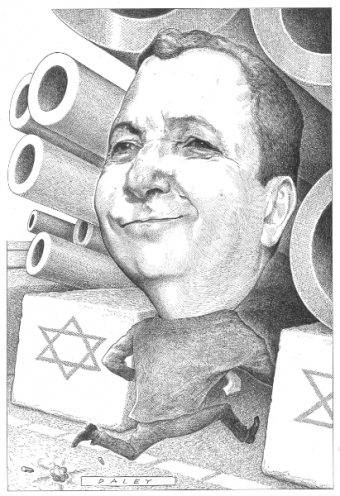 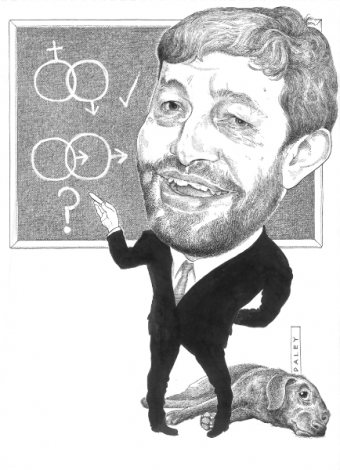 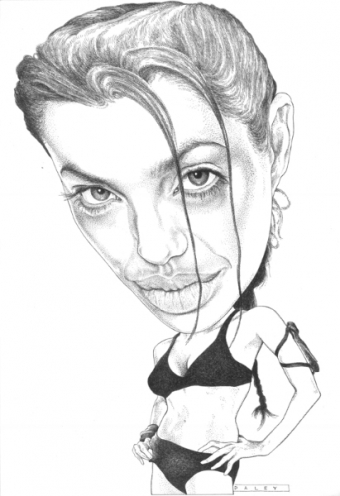 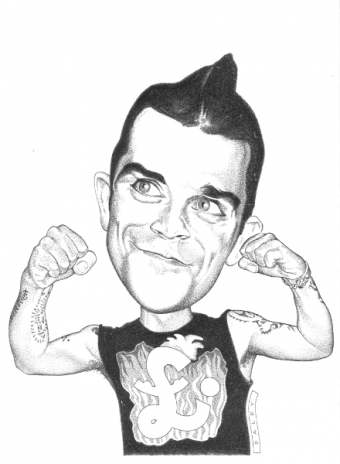 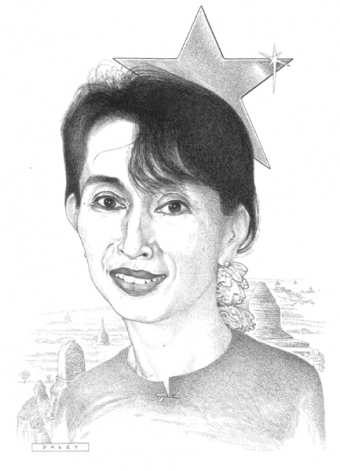 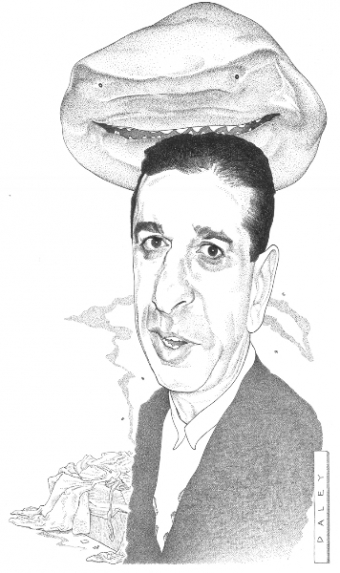 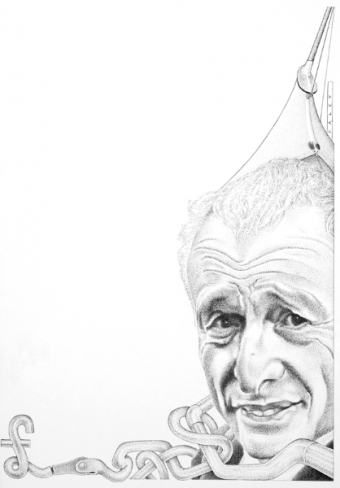 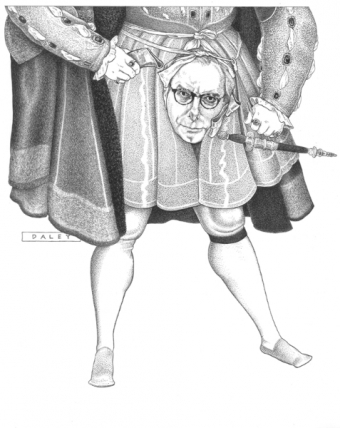 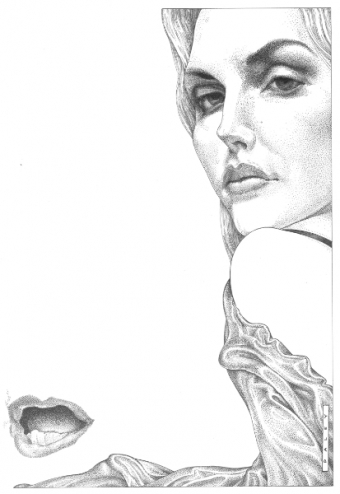 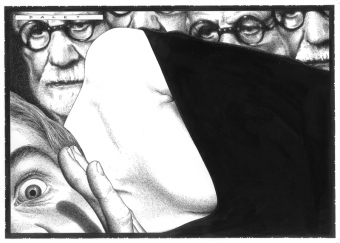 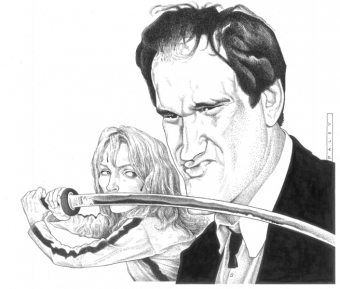 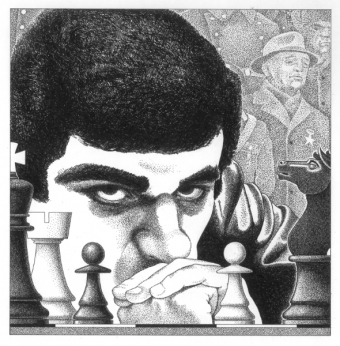 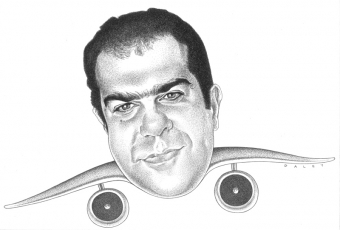