Having been selected by John Piper (see his introduction at the bottom of this page) from Paul Nash’s original negatives these photographs, taken on Nash’s No.1A pocket Kodak series 2 camera between 1931 and 1946, were printed by David Lambert for Fischer Fine Art and published in an edition of 45 as ‘A Private World, Photographs by Paul Nash’, in 1978.  Each is pencil inscribed with the edition number, ‘44/45’, on the reverse and blind stamped by the Paul Nash Trustees and the Tate Gallery Archives Department, where the negatives are now lodged.

References: The bracketed numbers refer to the Tate Gallery negatives, the letters to geographical location. The asterisk shows that the image size as printed has been cropped to Nash’s mark-ups. 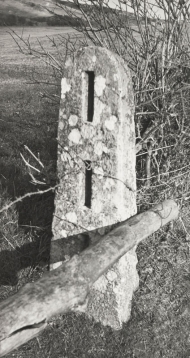 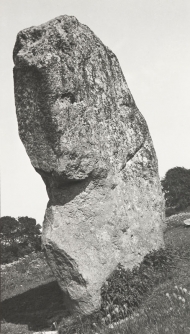 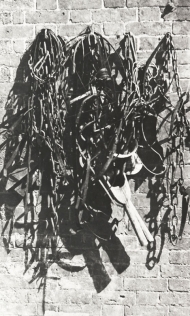 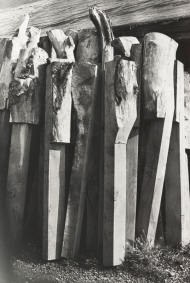 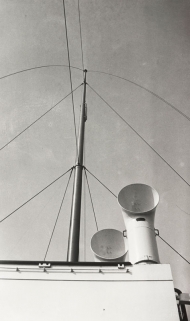 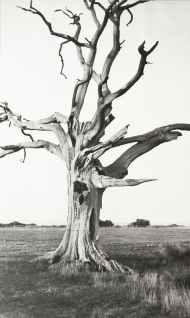 Introduction to the Edition by John Piper, 1977

PAUL NASH took photographs for the last sixteen years of his life; that is to say, from 1930 when he was given an American Kodak. The camera was adequate to his purpose and he never became involved enough in the technique of photography to buy himself a more elaborate one or bother with wide-angle or other lenses or even to use a tripod. But his snapshots were neither indiscriminate nor trigger-happy. As in everything, he was as professional as he needed to be. If he wanted to take something and the sun was not out, he would wait for it; if he wanted a shadow at a certain angle, he would wait for it. He would stalk the Uffington White Horse or Maiden Castle or the stones at Avepury until the place and the light were right and his friends who drove him would have to wait and stalk too. It was often anxious for them and difficult for him since he was seldom well and that kind of effort and concentration was exhausting.

Paul had an economical and obsessive eye and his new toy at once became a valuable weapon.

The very first photographs that he took on the way to the United States related to the preoccupations of his painting; a ship’s mast and rigging was a slender echo and anticipation of the open cage structure he often used, the complicated interplay of hard edges and hollowed shadows within the curve of a life-boat proclaimed his interest in the mystery of ordinary things seen from unordinary angles.

No one could have been a less doctrinaire or literary surrealist but he had a punning vision which, with his aptitude for analogue, made his instinctive reaction to the world very close to the more self-conscious and sophisticated surrealist one. His wit with the camera was a natural extension of the wittiness of his words and of his attitude to life. He loved to see the funny side of things without being destructive so the objects that he photographed at Swanage, for example, for his article “Seaside Surrealism” – absurd concrete seats, huge pretentious lamp standards, three concrete steps isolated in a bed of pebbles – all have a double life of incongruity and of beauty.

While on the one hand he used his photographs as immediate aides-memoire to pin down a fleeting glimpse of the famous “Genus Loci” or to record the particular lie of a dead tree or a shadow on a wall, on the other hand he recorded aspects of the countryside that he was never tempted to paint directly but whichhe translated into the magic of his painting. Stone upon stone in miles of dry stone wall, the endless meeting and parting of furrows in an enormous field, layers of cork drying, stacked and roofed like rows of stone fishing huts, the invisible but eloquent bones of a landscape under stretches of featureless grass, all these ancient repetitions, natural or man-made, extend the more immediate subjects of his work and give them their timeless quality.

Paul Nash always had a feeling for the horizontal, at once boundless and embracing, and this is especially noticeable in his photographs. His Kodak, whether by chance or intention, took an exceptionally wide picture. But he always expected things to work for him and they usually did.