Swanwick was of a generation of painters who studied at the Slade in the mid-1880s and who felt that, while they had received the best and most rigorous training as figure draughtsmen from Alphonse Legros, the teaching of painting there was neglected. Paris was where they would best learn about painterly approach, touch and colour. So many, including Swanwick, attended the Academie Julian. This group of landscape studies, mostly of East Sussex – he lived at Wilmington for many years – and the Isle of Man, were painted en plein air in oil on canvas; the preliminary sketches later used by him when composing the finished rural scenes for which he became known. 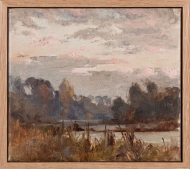 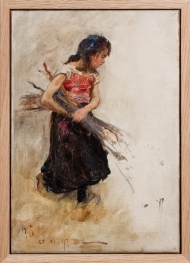 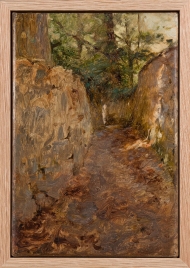 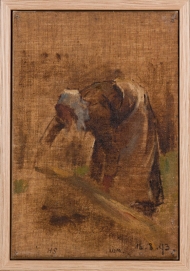