Smith continued to make small watercolour views of Italy throughout the 1780s and 1790s, and, as a culmination, published his Select Views in Italy (1792-1799). His sensitive response to both Italy’s landscape and monuments made his watercolours hugely popular, not only with those who had been in Italy, but with those who, in time, could not travel to the continent because of the Napoleonic Wars; Turner made copies of Smith’s plates from Select Views in Italy before his first trip to Italy in 1819 (Tate).

These works hang in the gallery as a Group.
They will not be for sale until 9.30am on Wednesday 20th June.
Please contact us if you are unfamilar with the buying procedure for Groups.

The watercolours are float mounted in acid-free board and framed behind Museum Glass. Their original wash-line mounts have been removed and are stored in the frame between acid free card. 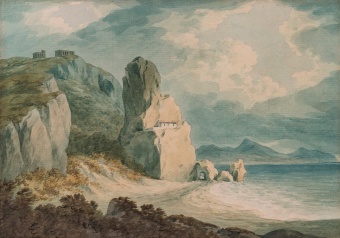 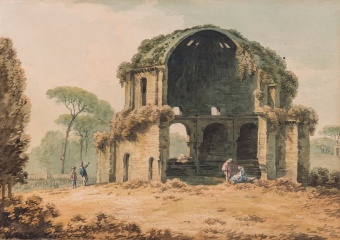 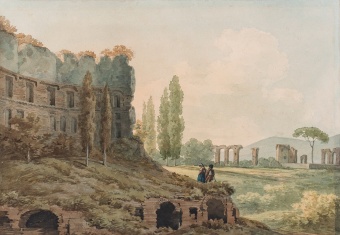 Wash-line mount.Framed photo.
For a simlar view see the watercolour by Towne in The British Museum 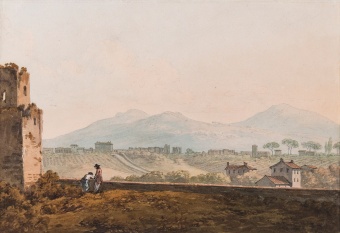 Wash-line mount.Wash-line mount verso.Wash-line mount inscription recto.Framed photo.
There is a watercolour looking back towards the Porta St. Giovanni in the V&A (FA.582), which is also from the collection of Sir John Trevelyan, is mounted on the same wash line mount, and is similarly signed, inscribed and dated, 1795 verso. 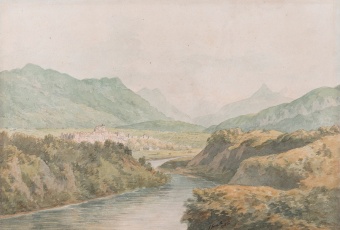 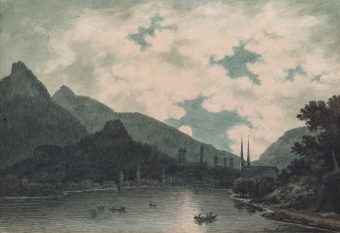