Another version of this portrait was given to Maidstone Museum in 1909 by William Hazlitt’s grandson, William Carew Hazlitt (1834-1913). The Maidstone version was copied in 1847 from the original, whereabouts now considered unknown, but then belonging to Edward Moxhay (1788-1849), a close friend of William’s who had supported his son William Hazlitt Jnr (1811-1893) after his death.

While we feel the quality and handling of our painting is close to other oils we have seen by John (he was primarily a painter of miniatures), the fact that we have not yet been able to trace it back to the Moxhay family, and the existence of the Maidstone copy, means we are treating it as another version until more information comes to light. For a comparison between the Abbott and Holder and Maidstone paintings, see below.

John’s portrait was perhaps a Souvenir, painted to mark the completion of William’s first manuscript in 1804, and his resolve to Write. Hazlitt spent the summer of that year with his brother at his new house in Great Russell Street, sleeping in the corner of the studio. John was well connected in Radical circles and through Godwin, William met the publisher Joseph Johnson. His Essay on the Principles of Human Action appeared in July 1805, ‘still born from the press’, as he would later write, coining a phrase. 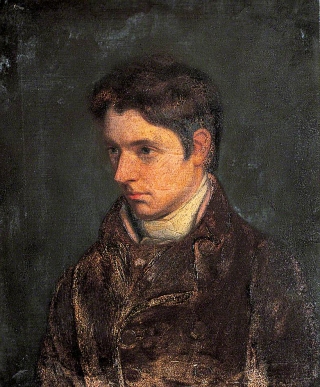 NB this painting is incorrectly reproduced in reverse on the ArtUK website. 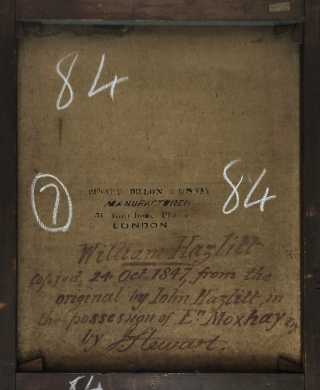 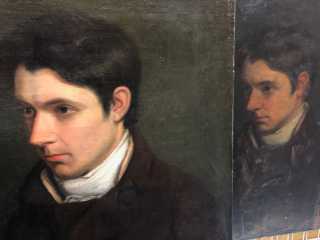 The Abbott and Holder version (left) alongside the Maidstone version (right). 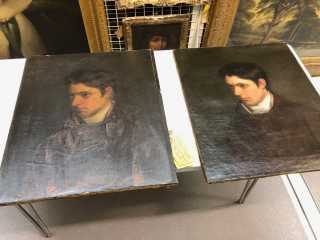 The Maidstone version (left), and alongside the Abbott and Holder version (right), demonstrating the same size, scale and placement of the figure on the canvas.